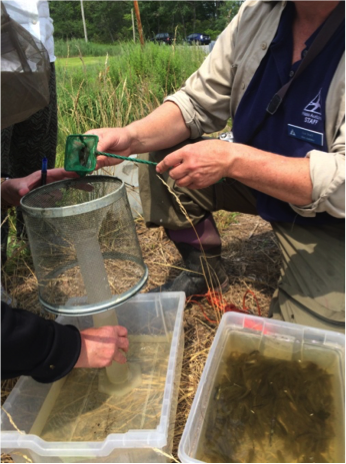 Collecting mummichogs and other fish out of research traps.

Salt marshes are important habitats and contain a wide diversity of species. These ecosystems flood with salt water during the ocean’s high tide and drain as the tide goes out. Fresh water also flows into marshes from rivers and streams. Many species in the salt marsh can be affected when the movement of salt and fresh water across a tidal marsh is blocked by human activity, for example by the construction of roads. These restrictions to water movement, or tidal restrictions, can have many negative effects on salt marshes, such as changing the amount of salt in the marsh waters, or blocking fish from accessing different areas.

Mummichogs are a small species of fish that live in tidal marshes all along the Atlantic coast of the United States.

Mummichogs are a small species of fish that live in tidal marshes all along the Atlantic coast of the United States. They can be found in most streams and marsh areas and are therefore a valuable tool for scientists interested in comparing different marshes. The absence of mummichogs in a salt marsh is likely a sign that it is highly damaged.

In Gloucester, MA, students participating in Mass Audubon’s Salt Marsh Science Project are helping Liz and Robert use mummichogs to examine the health of a salt march. In 2002 and 2003 Liz, Robert, and the students set traps upstream of a road, which was acting as a tidal restriction. These traps collected mummichogs and other species of fish. The day after they set the traps, the students counted the number of each fish species found in the traps. 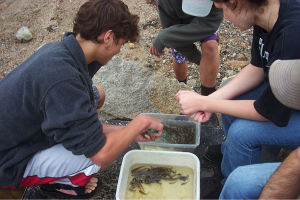 In December 2003, a channel was dug below the road to remove the tidal restriction and restore the marsh. From 2004 to 2007, students in the program continued to place traps in the same upstream location and collect data in the same way each year. Students then compared the number of fish from before the restoration to the numbers found after the restriction was removed. The students thought that once the tidal restriction was removed, mummichogs would return to the upstream locations in the marsh. 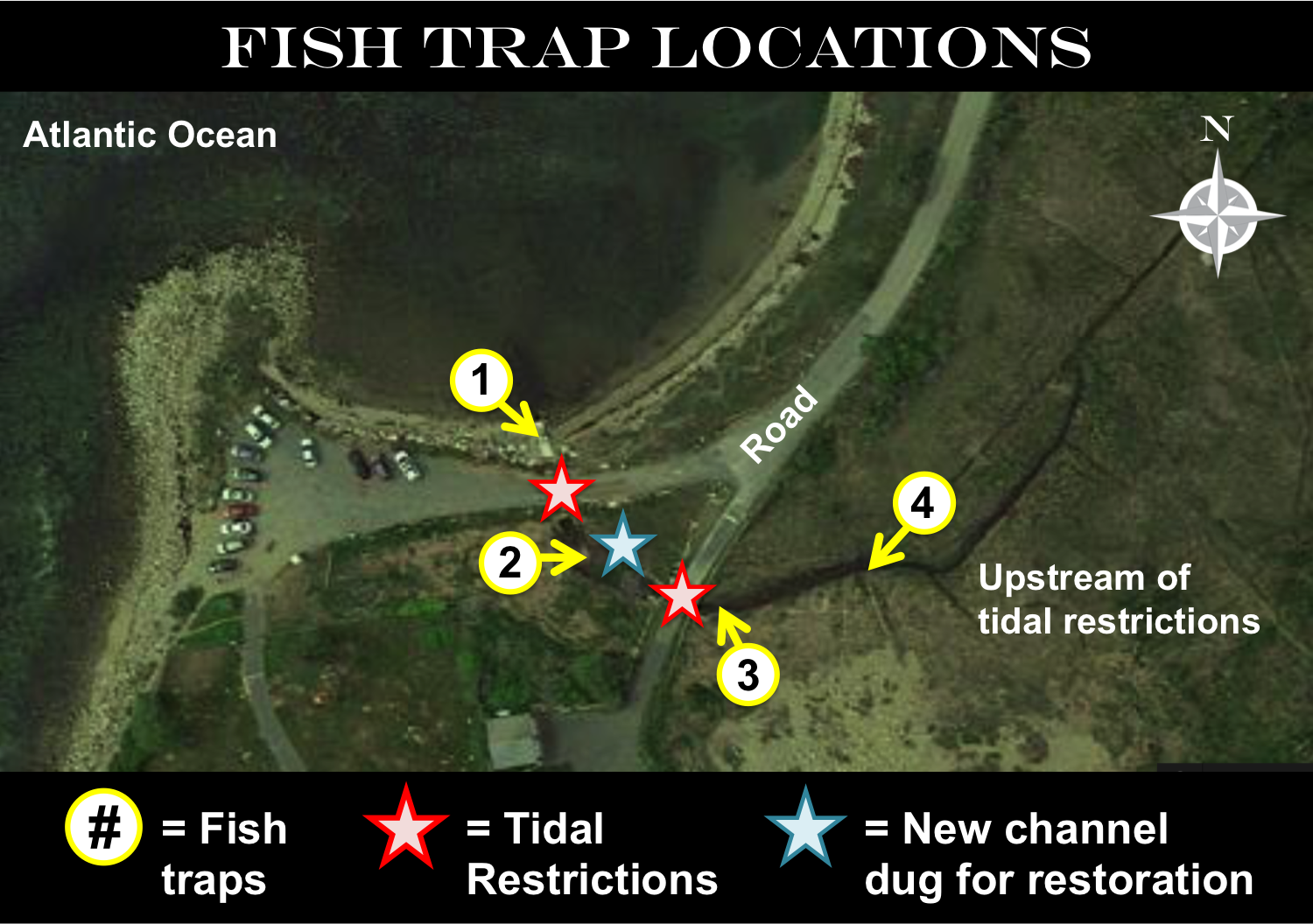