Are you my species? 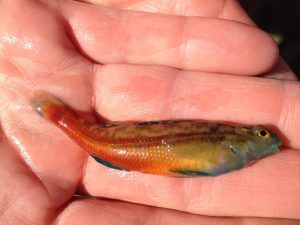 Michael holding a male darter. The bright color patterns differ for each of the over 200 species. Photo by Tamra Mendelson.

What is a species? The biological species concept says species are groups of organisms that can mate with each other but do not reproduce with members of other similar groups. How then do animals know who to choose as a mate and who is a member of their own species? Communication plays an important role. Animals collect information about each other and the rest of the world using multiple senses, including sight, sound, sonar, and smell. These signals may be used to figure out who would make a good mate and who is a member of the same species. 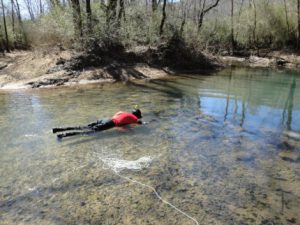 Michael is a scientist interested in studying how individuals communicate within and across the boundaries of species. He studies darters, a group of over 200 small fish species that live on the bottom of streams, rivers, and lakes. Michael first chose to study darters because he was fascinated by the bright color patterns the males have on their bellies during the breeding season. Female darters get to select which males to mate with and the males fight with each other for access to the females during the mating season. Species identification is very important during this time. Females want to make sure they choose a member of their own species to mate with. Males want to make sure they only spend energy fighting off males of their own species who are competing for the same females. What information do females and males use to guide their behavior and how do they know which individuals are from their own species? 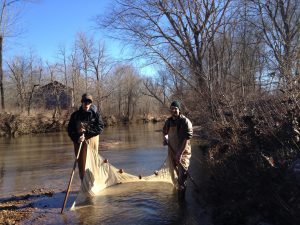 Michael collected eight pairs of darter species (16 species in all) from Alabama, Mississippi, Tennessee, Kentucky, South Carolina, and North Carolina and brought them all back to the lab. In some species pairs the color patterns were very similar, and in some they were very different. For each species pair, he put five males of both species and five females of both species in the same fish tank and observed their behavior for five hours. He did this eight times, once for each species pair (for a total of 1,280 fish!). During the five-hour observation period, he recorded (1) how many times females mated with males of their own species or of a different species and (2) how many times males were aggressive towards males of their own species or of a different species. He used these data to calculate an index of bias for each behavior, to show whether individuals had stronger reactions towards members of their own species.

Darter species used in the experiment: 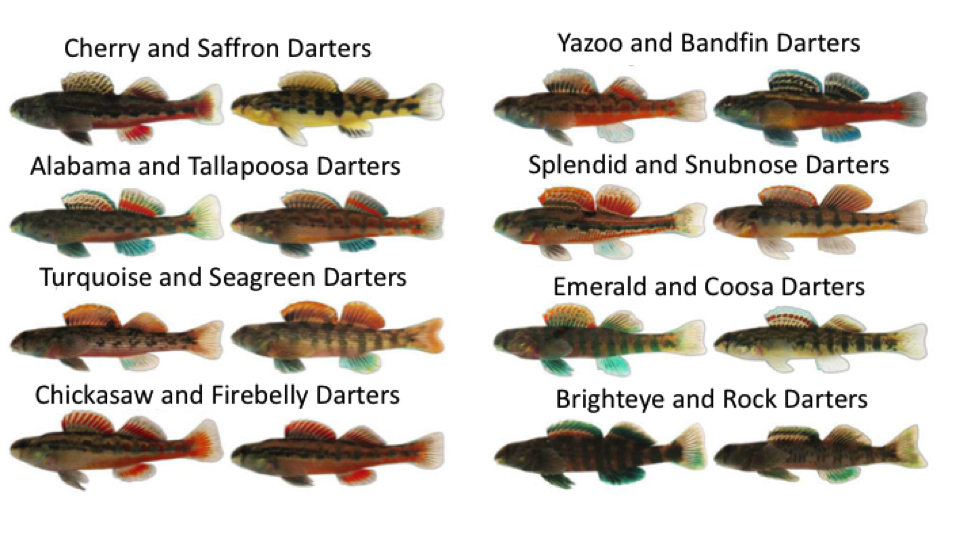