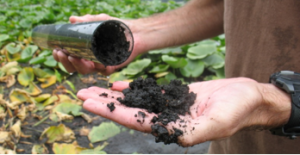 You can tell that the mud in this picture is high in organic matter because it is dark brown and mucky (in real life you’d be able to smell it, too!) 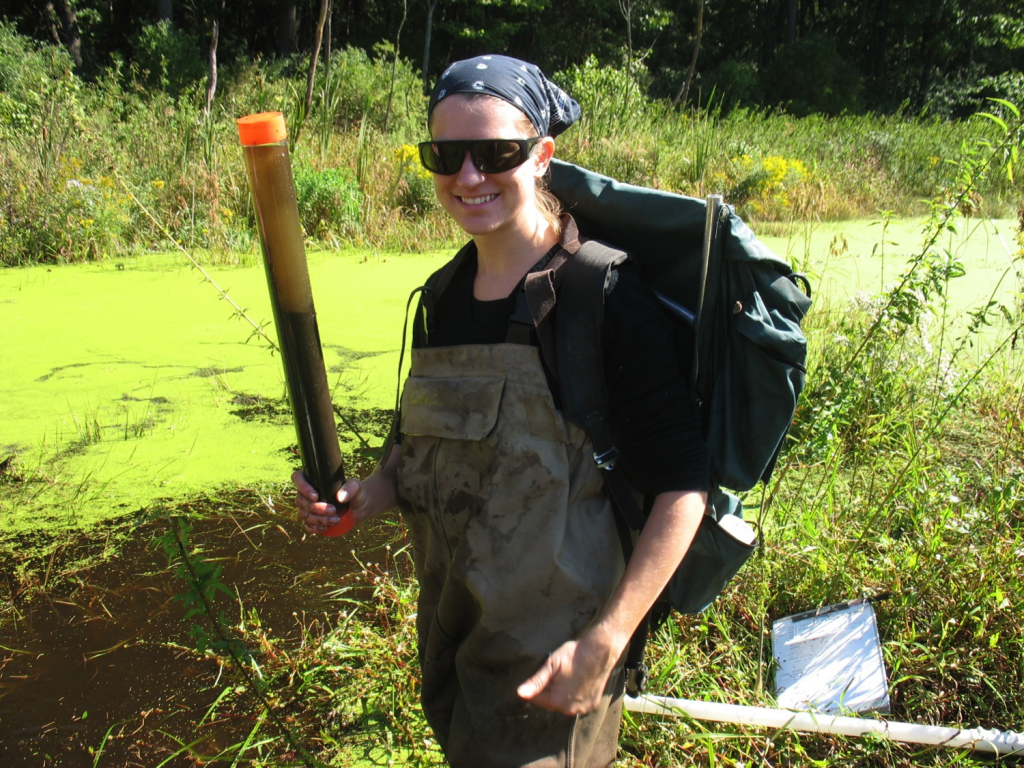 A successful core! You can see that the tube has mud, as well as some of the water from the wetland that was on top of the mud.

As a graduate student, Lauren became fascinated with wetland mud and its interesting properties. She wanted to know how important all the mud and its organic matter is for wetlands. By talking with other members of her lab and reading scientific papers, Lauren learned that wetland mud can often be high in the element phosphorus and that phosphorus acts as a fertilizer for plants, including wetland plants and algae. However, nutrients, such as phosphorus can build up in wetland mud. Lauren thought it might be possible that the organic matter in the mud was the source of all the phosphorus in some wetlands. She predicted that wetlands with more organic matter would have more phosphorus. If her data support her hypothesis, it could mean that organic matter is very important for wetlands, because nutrients are needed for algae and plants to grow.