Can a salt marsh recover after restoration? 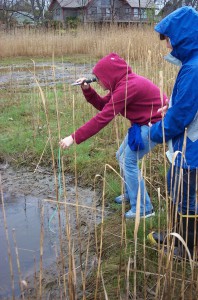 In the 1990s, it was clear that the Saratoga Creek salt marsh was in trouble. The invasive plant, Phragmites australis, covered large areas of the marsh. Thick patches of Phragmites crowded out native plants. There were very few animals, especially migrating birds, because the plants grew too densely for them to move around.

Salt marshes are wetland habitats near oceans where water-tolerant salt-loving plants grow. Usually native grasses dominate the marsh, but where humans cause disturbance Phragmites can start to take over. Human disturbance was having a huge effect on the health of Saratoga Creek by changing the water coming into the marsh. Storm drains, built to keep rain water off the roads, were adding more water to the marsh. This runoff, or freshwater and sediments from the surrounding land, made the marsh less salty. The extra sediment made the problem even worse because it raised soil levels along the road. Raised soil means less salty ocean comes into the marsh during high tide.

In 1998, scientists, including members of the Rockport Conservation Commission and students from the Rockport Middle School science club, began to look at the problem. Phragmites grows best when salt levels are low. When salt levels are high, native grasses do better. The scientists thought that the extra fresh water and sediments added by the storm drains into the marsh was the reason Phragmites was taking over.

The scientists wanted to see if a restoration could reverse the Phragmites invasion. In 1999, a ditch was dug along the side the road to catch runoff before it entered the marsh. A layer of sediment was also removed from the marsh, allowing ocean water to reach the marsh during high tide once again. Students set up sampling areas, chosen to observe and record data, called transects. Transects were 25 meters long and students collected data every meter. The transects made it possible to return to the same points in the marsh year after year. Along the transects, students counted the number of Phragmites plants and calculated abundance as the percent of points along the transect where they found Phragmites. They also measured the height of Phragmites as a way to figure out how well it was growing.

The students compared Phragmites data from before 1999 and after 1999 to see if the restoration made a difference. They predicted that the abundance and height of Phragmites would go down after runoff was reduced by the restoration. 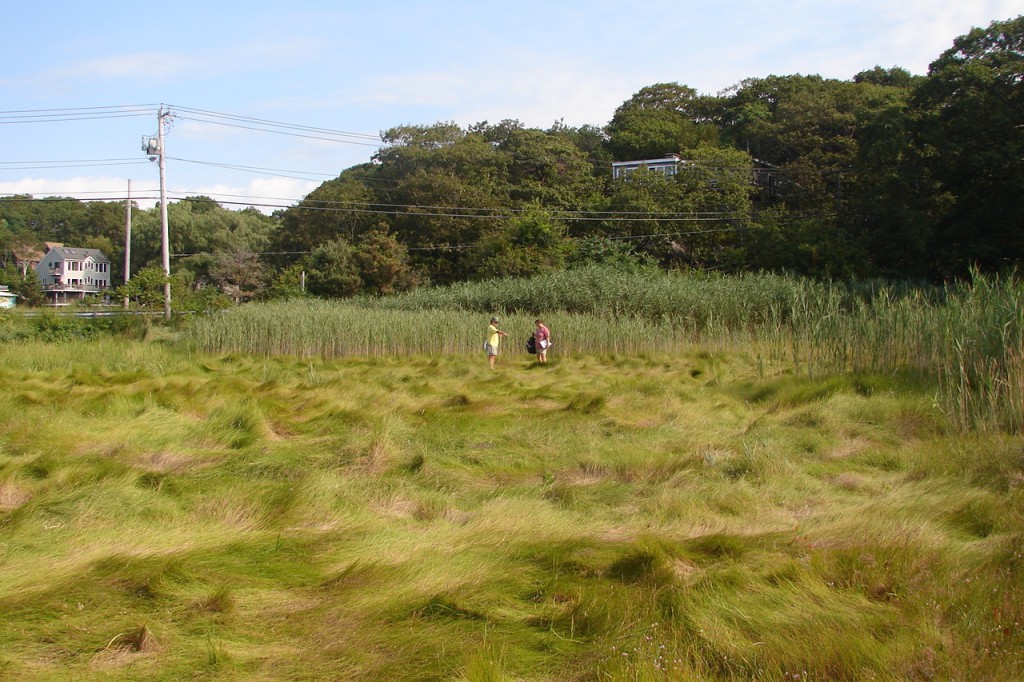 View of Saratoga Creek Salt Marsh several years after restoration, showing location of one of the transects. Native grasses are growing in the foreground.

For more information on this project, including datasets and more scientific background, check out their website: Salt Marsh Science