The ants crawling into and out of cracks along sidewalks are called pavement ants. They live in groups called colonies, which are made up of a few queens and many worker ants. A colony lives together inside a nest, a physical structure. Worker ants use their antennae to touch the bodies of other ants. Certain chemicals tell them if the ant is from their colony or a different colony. Nestmates are ants from the same colony, and non-nestmates are ants from other colonies.

Neighboring colonies often compete for food, leading to tension. If an ant finds a non-nestmate, it organizes a large war against the nearby colony. This results in huge sidewalk battles that can include thousands of ants fighting for up to 12 hours! These ant wars often involve worker ants grabbing body parts of non-nestmate ants.

Andrew, Jazmine, John, Mike, and Ken all work together to study the social and chemical cues that drive behaviors in animals. They were curious to learn more about the triggers that lead to colony wars. Worker ants don’t have a leader, so the scientists wanted to know how large wars are organized. The team started by reading lots of research articles and learned that there are several factors that may affect an ant’s decision to fight. These include the odor of other ants they meet, the size of the ant’s colony, and the season. The team also knew from their own experiments that if an ant meets a fellow nestmate before meeting a non-nestmate, it was more likely to fight.

All of this information helped the team realize that interactions with nestmates were an important part of the decisions that start ant wars with non-nestmakes. To build on this, they wanted to know whether the decision to fight was affected by ant density, which is the number of ants within an area. They thought that at higher densities the ants would be more likely to interact, leading to more fights with non-nestmates. If more wars are observed at higher ant densities, increased interactions with nestmates might be part of the story.

To answer their question, the team collected ants from different colonies in Denver, Colorado for two separate experiments. They brought them back to the lab to set up trials in a plastic tank arena.

Experiment 1: For the first set of behavioral trials, the researchers varied the number of ants in the tank, ranging from 2 to 20 ants. The size of the tank remained constant, and there were always equal numbers of nestmates and non-nestmates. This means the ratio of nestmates to non-nestmates was always 1:1, but the density varied by how many ants were included in the experiment. They performed 18 trials for each density treatment in their experiment.

At the start of every trial, ants from each colony were in separate areas so that they could interact with nestmates first. Earlier work had shown that when ants in each area interact, they touch antennae to another ant’s body. These interactions create a brain state that makes an ant more likely to fight an ant from another colony. Then the scientists removed a barrier revealing the ants from the other colony. They watched the ants for 3 minutes. During that time they recorded the number of ants that were fighting. This way they could compare how likely the ants were to fight at different densities. They predicted there would would be more fighting at higher ant densities.

Experiment 2: The scientists also wanted to measure the effect of density on the interaction rates between just nestmates. This experiment allowed the scientists to understand how the rate of interactions affected levels of neurochemicals in brains, creating the brain state that increased the likelihood that an ant would be aggressive. For these trials, they placed different densities of nestmate ants in a tank. They randomly picked an ant during each trial and counted the number of times it contacted a nestmate ant. Different groups of ants were used in each trial and each experiment. They observed the number of interactions at different densities and expected nestmate ants to have more interactions at higher densities.

A news article about the research:

Animals in nature often compete for limited resources, like food, territory, and mates. To compete for these resources, they use aggressive behaviors to battle with others of the same species. Aggressive behaviorsare meant to overpower and defeat an opponent. The outcome of a battle depends on many different factors. In insects, one important factor is body size. Larger individuals are usually more aggressive and often win more battles. Chemicals in the brain can also influence who wins a fight. One chemical, called serotonin, can cause insects to have more aggressive behaviors. It is found in the brains of all animals, including humans.

Andrew had always been curious about what makes an animal decide to use aggressive behaviors in battle, or when to end one. He worked with researchers Nathan, Michael, Ken, and John to study the role that chemicals in the brain have on behaviors. The team was interested in how brain chemicals, like serotonin, affect aggression. They have been studying an insect species called stalk-eyed flies. These flies have eyes on the ends of long eyestalks that protrude from their heads. Male stalk-eyed flies use these eyestalks when battling each other. In a previous experiment, they found that serotonin can cause these flies to have more aggressive behaviors. They also knew that flies with shorter eyestalks usually lose fights to larger flies.

This made them curious about whether extra serotonin could make flies with shorter eyestalks act more aggressive and help them win fights against flies with longer eyestalks. The team of researchers discussed what they knew from past research and predicted that if they gave serotonin to short eyestalk flies, it might help them win fights against long eyestalk flies. They thought this made sense because they already knew that serotonin make flies more aggressive, and more aggressive behaviors could help the shorter flies win more fights.

The team designed a lab study to look into this question about the importance of eyestalk length and serotonin for battles in stalk-eyed flies. First, the researchers raised male stalk-eyed flies in the lab. They made sure the flies were around the same age and were raised in a similar lab environment from the time they were born. Then, they measured the eyestalk length for each fly and divided them into two groups. One group had flies with longer eyestalks (Goliaths) and one group had flies with shorter eyestalks (Davids). They took the group of Davids with shorter eyestalks and fed half of them food with a dose of serotonin. This became the treatment group. They fed the other half of the Davids group food, but without serotonin. This was the control group. The treatment group and control group each had 20 flies.

To prepare the flies for battle, all flies were all starved for 12 hours before the competition to increase their motivation to fight over food. The researchers paired each David with a Goliath in a fighting arena. They observed the flies and recorded aggressive behaviors shown by each opponent. The researchers labeled any behavior where the fighting flies touch each other as a “high intensity behavior”. They labeled any behavior where the flies backed away as a “retreat”. Flies that retreated less than their opponent were declared the winners. 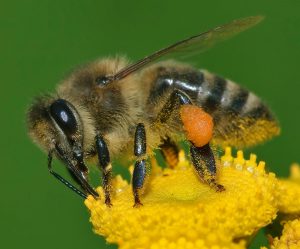 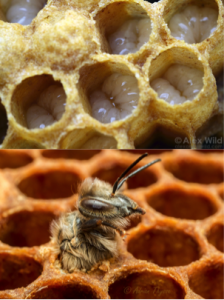 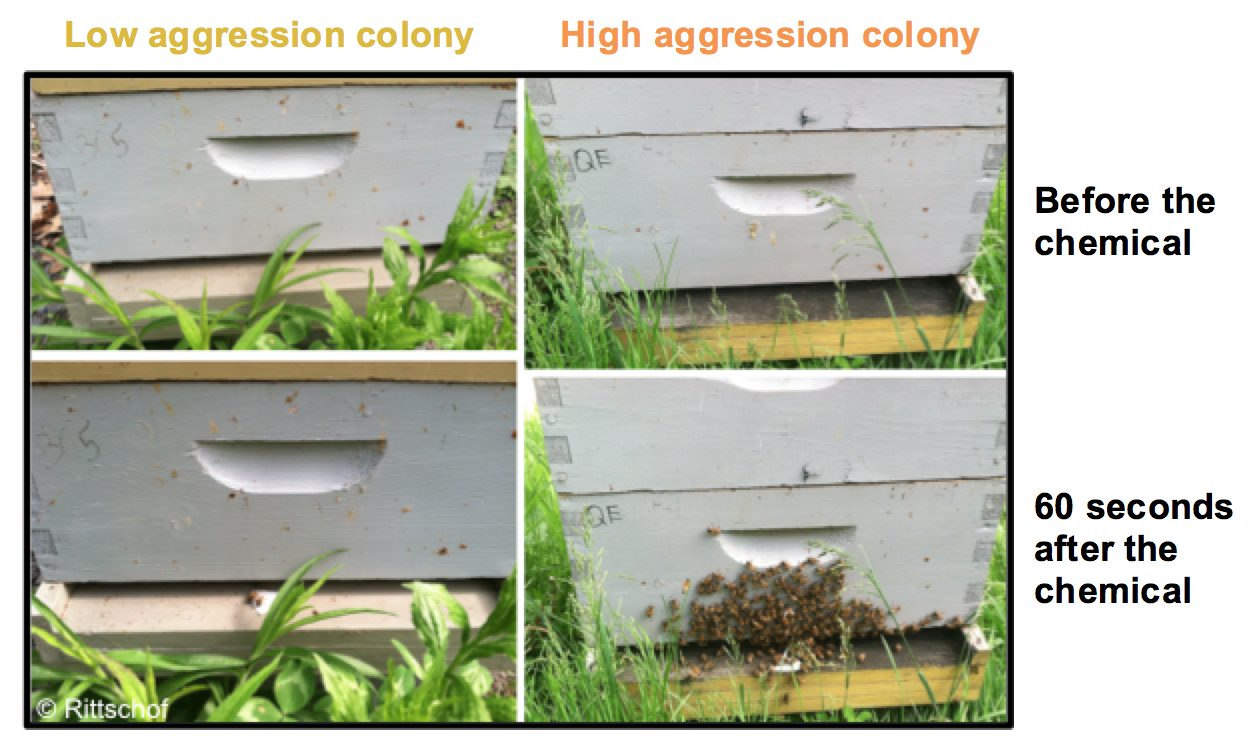