When a species can’t stand the heat 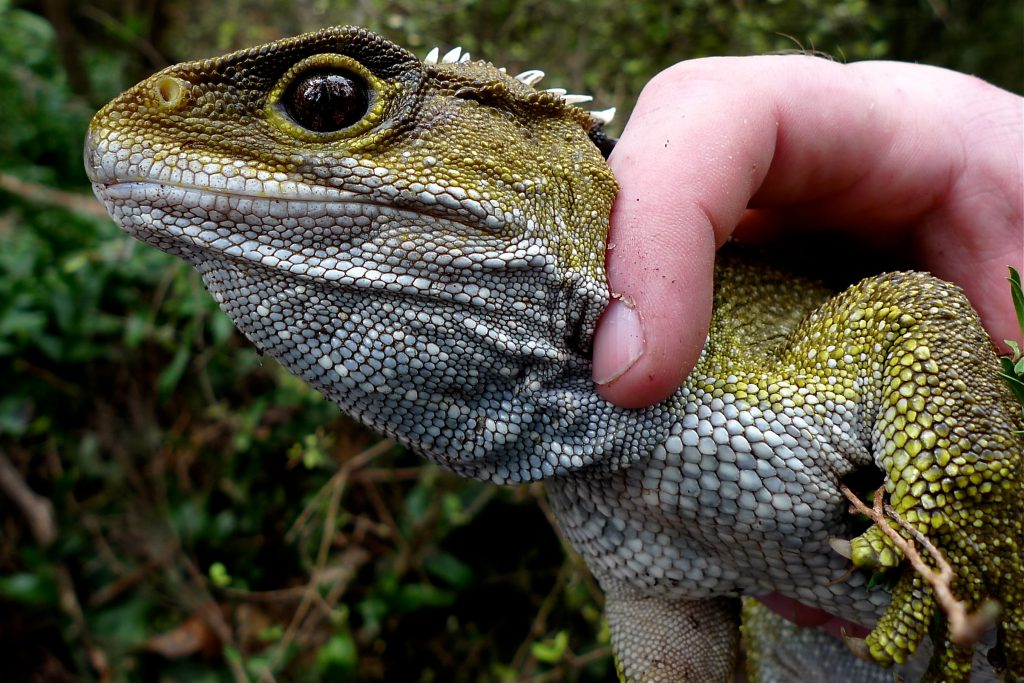 Tuatara are a unique species of reptile found only in New Zealand. Tuatara look like lizards but they are actually in their own reptile group. Tuatara are the only species remaining on the planet from this lineage, one that dates to the time of the dinosaurs! Tuatara are similar to tortoises in that they are extremely long-lived and can sometimes live over 100 years. Tuatara start reproducing when they are about 15–20 years old and they breed infrequently. 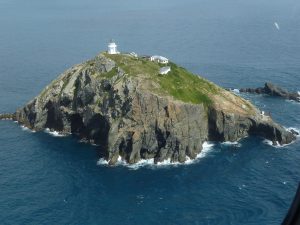 North Brother Island, one of the small New Zealand islands where tuatara are still found today. Photo by Jo Monks.

Today, tuatara face many challenges. Humans introduced new predators to the large North and South Islands of New Zealand. Tuatara used to live on these main islands, but predators drove the island populations to extinction. Today, the tuatara survive only on smaller offshore islands where they can escape predation. Because many of these islands are small, tuatara can have low population numbers that are very vulnerable to a variety of risk factors. One of the current challenges faced by these populations is climate change. Similar to the rest of the world, New Zealand is experiencing higher and higher temperatures as a result of climate change, and the warm temperatures may impact tuatara reproduction. 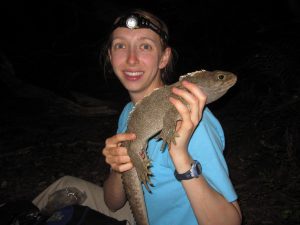 Kristine collecting data on a tuatara in the field. Photo by Sue Keall.

North Brother Island has a small population of tuatara (350–500 individuals) that has been studied for decades. Every single tuatara has been marked with a microchip (like the ones used on pet dogs and cats), which allows scientists to identify and measure the same individuals repeatedly across several years. In the 1990s, a group of scientists studying the tuatara on this island noticed that there were more males than females (60% males). The scientists started collecting data on the number of males and females so they could track whether the sex ratio, or the ratio of males and females in the population, became more balanced or became even more male-biased over time. The sex ratio is important because when there are fewer females in a population, there are fewer individuals that lay eggs and produce future offspring. Generally, a population that is highly male-biased will have lower reproduction rates than a population that is more balanced or is female-biased.

The fact that tuatara are long-lived and breed infrequently meant that the scientists needed to follow the sex ratio for many years to be sure they were capturing a true shift in the sexes over time, not just a short-term variation. In 2012, Kristine and her colleagues decided to use these long-term data to see if the increasing temperatures from climate change were associated with the changing sex ratio. They predicted that there would be a greater proportion of males in the population over time. This would be reflected in an unbalanced sex ratio that is moving further and further away from 50% males and 50% females and toward a male-biased population. 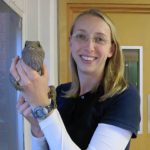 About Kristine: Kristine L. Grayson is an Associate Professor in the Biology Department at University of Richmond, where she teaches Intro Ecology/Evolution, Field Ecology, Ecophysiology, and Data Visualization. She is an HHMI BioInteractive Ambassador and facilitator with the Quantitative Undergraduate Biology Education and Synthesis (QUBES) project, where you can find additional teaching resources she has authored. Kristine runs an undergraduate research lab studying invasive insects, salamanders, and aquatic macroinvertebrates. Her work on tuatara was conducted during a postdoc at Victoria University of Wellington funded by an NSF International Research Fellowship. One of her claims to fame is capturing the state record holding snapping turtle for North Carolina – 52 pounds! To read more about Kristine and her interest in science from a young age, check out this article.