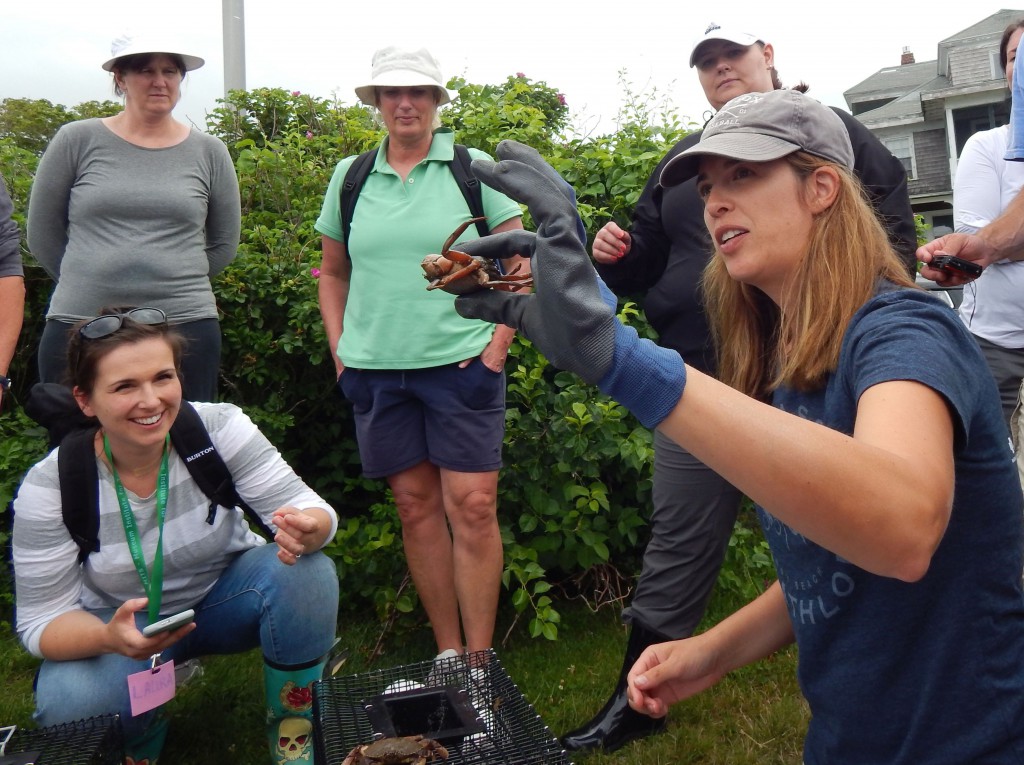 Scientist Alyssa holding a non-native green crab, introduced from Europe to the American Atlantic Coast. This crab causes many problems in its new range, including the loss of native eelgrass.

Marshes, areas along the coast that flood with each tide, are incredibly important habitats. They act as homes to large number of species, protect the coast from erosion during storms, and act as a filter for nutrients and pollution. Many species are unique to these habitats and provide crucial support to the marsh. For example, native eelgrass, a type of plant, minimizes erosion by holding sediments in place with their roots.

In an effort to help protect and restore marshes, we must understand current-day issues that are affecting their health. The introduction of non-native species, species that are not originally from this ecosystem, into a marsh may disrupt the marsh ecosystem and threaten the survival of native species. One species that has recently caused a lot of trouble is the European green crab. This crab species was accidentally carried to the Atlantic coast back in the early 1800s from Europe. Since then, they have become extremely invasive and their numbers have exploded! Compared to native crabs, the green crab digs a lot when it searches for food and shelter. This digging uproots eelgrass and causes its population numbers to fall. In many spots where green crabs have been introduced, marshes are now bare and no more grass can grow. 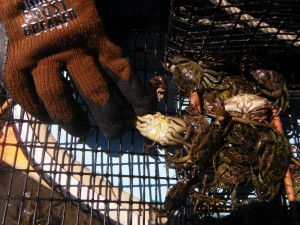 The Great Marsh is one of the coastal habitats affected by invasive green crabs. Located on the North Shore of Massachusetts, the Great Marsh is known for being the longest continuous stretch of salt marsh in all of New England. Alyssa is a restoration ecologist who is very concerned with the conservation of the Great Marsh and other important coastal ecosystems. She and other scientists are trying to maintain native species while also reducing the effects of non-native species.

A major goal for Alyssa is to restore populations of a native eelgrass. Eelgrass does more than just prevent erosion. It also improves water quality, provides food and habitat for native animal species, and acts as an indicator of marsh health. If green crabs are responsible for the loss of eelgrass from the marsh, then restorations where eelgrass is planted back into the marsh should be more successful where green crab numbers are low. Alyssa has been measuring green crab populations in different areas by laying out green crab traps for 24 hours. Alyssa has set these traps around Essex Bay, an area within the Great Marsh. She recorded the total number of green crabs caught at each location (as well as their body size and sex). 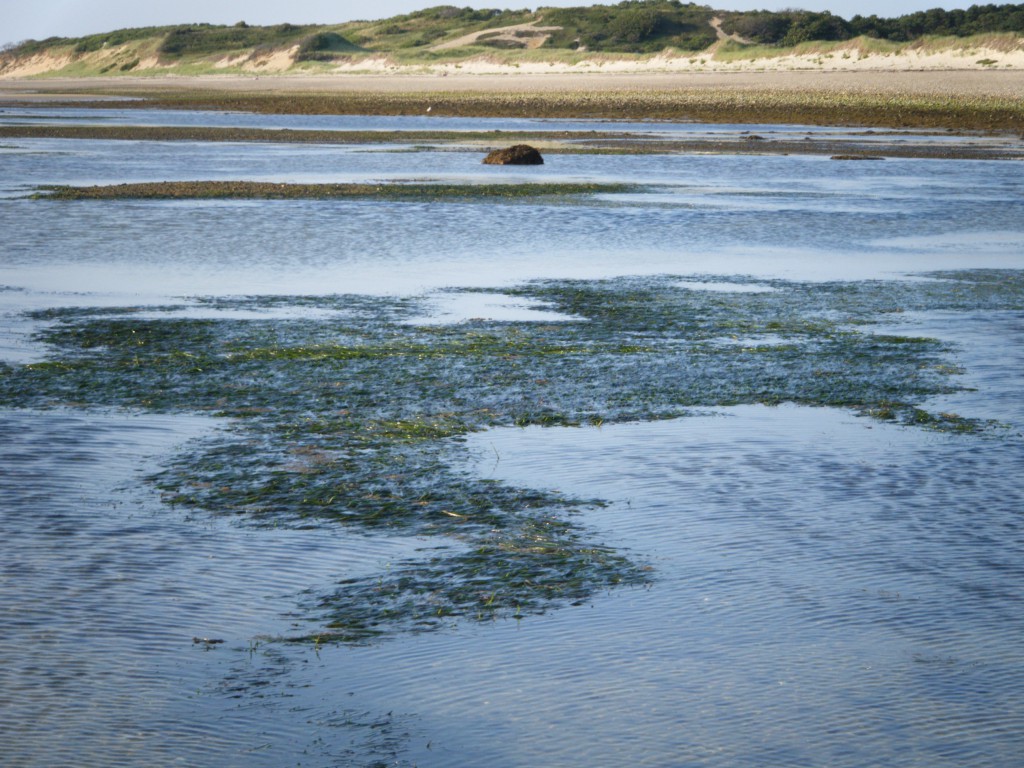 Native eelgrass growing in Essex Bay, an area within the Great Marsh