Lizards, iguanas, and snakes! Oh my! 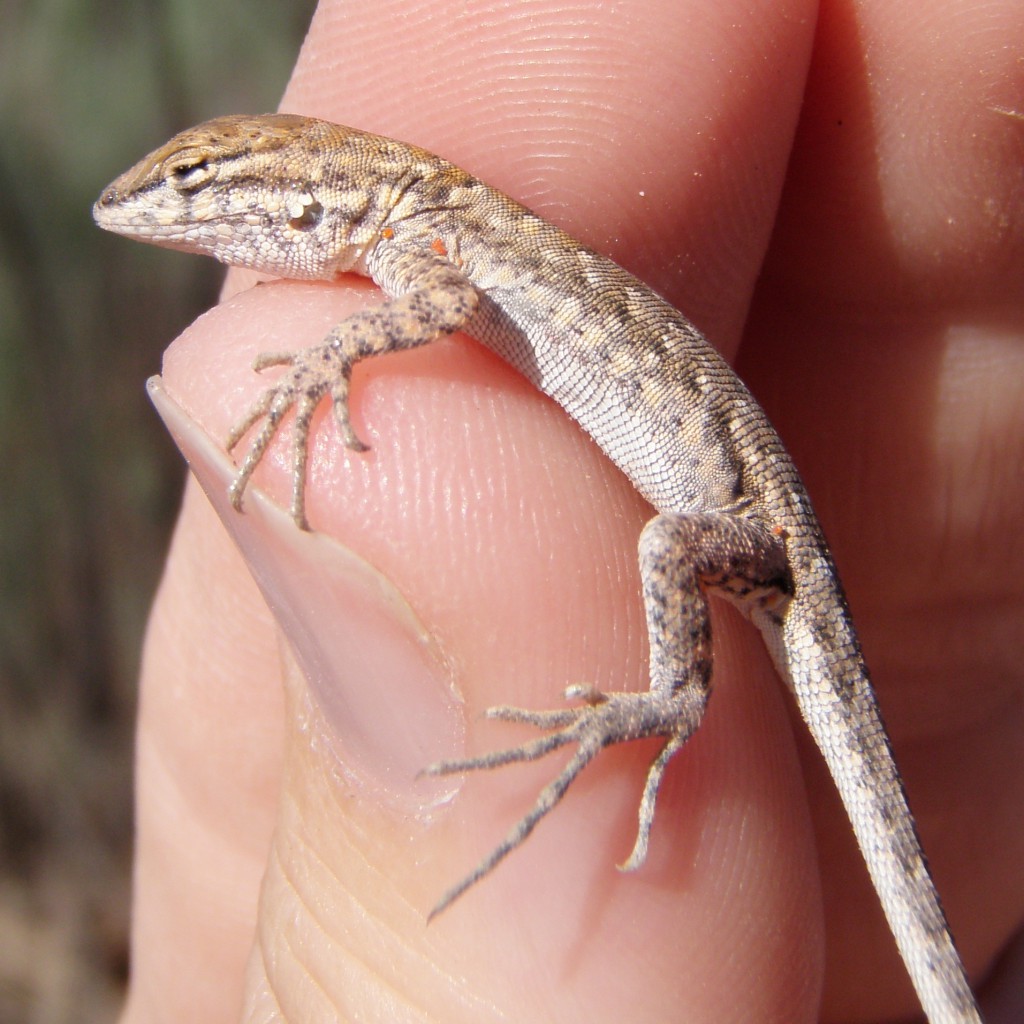 Today, rivers are very different from what they were like before people settled near them. The land surrounding these rivers, called riparian habitats, has been transformed into land for farming, businesses, or housing for people. This urbanization has caused the loss of green spaces that provide valuable services, such as water filtration, species diversity, and a connection to nature for people living in cities. Today, people are trying to restore green spaces along the river to bring back these services. Restoration of disturbed riparian habitats will hopefully bring back native species and all the other benefits these habitats provide. 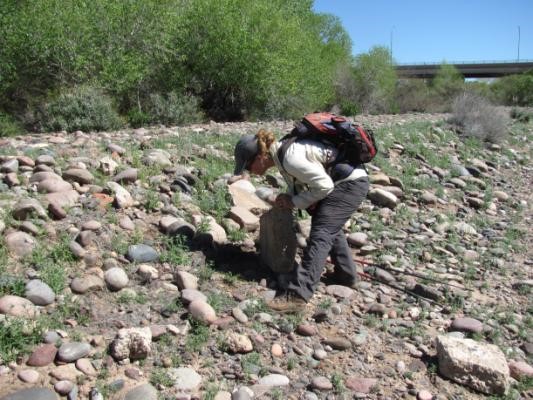 Scientist Mélanie searching for reptiles in the Central Arizona-Phoenix LTER.

Scientists Heather and Mélanie are researchers with the Central Arizona-Phoenix Long-Term Ecological Research (CAP LTER) project. They want to know how restoration will affect animals living near rivers. They are particularly interested in reptiles, such as lizards. Reptiles play important roles in riparian habitats. Reptiles help energy flow and nutrient cycling. This means that if reptiles live in restored riparian habitats, they could increase the long-term health of those habitats. Reptiles can also offer clues about the condition of an ecosystem. Areas where reptiles are found are usually in better condition than areas where reptiles do not live.

Heather and Mélanie wanted to look at how disturbances in riparian habitats affected reptiles. They wanted to know if reptile abundance (number of individuals) and diversity (number of species) would be different in areas that were more developed. Some reptile species may be sensitive to urbanization, but if these habitats are restored their diversity and abundance might increase or return to pre-urbanization levels. The scientists collected data along the Salt River in Arizona. They had three sites: 1) a non-urban site, 2) an urban disturbed site, and 3) an urban rehabilitated site. They counted reptiles that they saw during a survey. At each site, they searched 21 plots that were 10 meters wide and 20 meters long. The sites were located along 7 transects, or paths measured out to collect data. Transects were laid out along the riparian habitat of the stream and there were 3 plots per transect. Each plot was surveyed 5 times. They searched for animals on the ground, under rocks, and in trees and shrubs.

Check out this video of Heather and her lab out in the field collecting lizards: